The party is a Flemish nationalist party, an instrument for a policy of national and cultural identity in Flanders.

The party is also a right-wing nationalist party, because it recognizes the free man he is and thus rejects the ideologies that emanate from the make ability of man.

Traditions, values ​​and norms as they have grown must be respected and be part of the way the future is shaped.

Vlaams Belang fights for an independent Flanders. This means that the ultimate goal is the dissolution of the Belgian state structure and the foundation of an independent Flemish state with Brussels as its capital.

The cooperation of the European peoples in a civilization and cultural community is a historic opportunity for peace, stability and prosperity. However, the party is very reluctant and critical of the European Union with its bureaucracy and interference in areas where people's sovereignty should prevail. 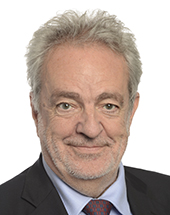 Gerolf Annemans was born on November 8th, 1958. He is married and father of three children.

In 1982 he obtained his law degree. During his student years he was active in KVHV, a traditional and nationalist Flemish student corporation.

In 1985 the Vlaams Blok founder and President Karel Dillen offered him a to be first successor on the party list for Federal elections.

Member of the European Parliament from 2014 onwards.

In 2019, Gerolf Annemans was re-elected as member of the European Parliament, together with his colleagues Filip De Man and Tom Vandendriessche. 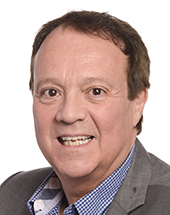 Filip De Man holds a master's degree in Arts and Philosophy from the VUB.

As a student he was active in the Flemish-National Student Union and the Flemish Free-Thinking Student Association VVSV.

Filip De Man has been chairman of the party council for many years and is member of the party board, previously also editor-in-chief of the monthly party magazine.

He is also the author of numerous books and brochures, including 'De Eeuwige Strijd' (The Eternal Struggle) I and II. 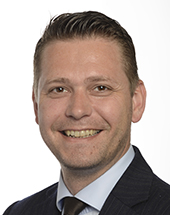 Tom Vandendriessche was born in 1978. He is married and has two sons.

He holds a Master's degree in political science and a Master in business economics.

After a varied career in the public sector and as a business owner, he became the press agent for the Europe of Nations and Freedom Group in the European Parliament at the end of 2016.

He has been an activist of Vlaams Blok/Belang since 1993, and got elected as a Member of the European Parliament with nearly 70,000 preference votes in 2019.

In 2020 he joined the party board of Vlaams Belang, where he is in charge of strategic coordination.

In the European Parliament he is a full member of the LIBE committee and of the ASEAN delegation (South East Asian countries).