The Finns Party was founded in 1995 as a conservative and Eurosceptic alternative to the Finnish mainstream parties. It aims to safeguard the Finnish culture and identity, keep strict limits on harmful mass immigration and foster traditional Finnish entrepreneurial spirit.

The Finns Party achieved its first big electoral breakthrough in the 2011 Finnish general elections, when the party received 19.1 % of the votes.

Both in the 2015 and the 2019 general elections the Finns party was the second biggest party with over 17 % of the votes cast.

In the 2019 European elections they received 13.8 % of the votes, which gave the party two MEP seats. 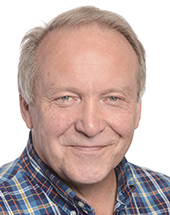 Teuvo Hakkarainen (Finn´s Party/ID) is from Viitasaari, a town of some 6000 inhabitants in Central Finland.

He became a member of Parliament of Finland for the first time in 2011.

In 2015 and 2019 elections he was re-elected to the national Parliament and in summer 2019 he became a Member of European Parliament. 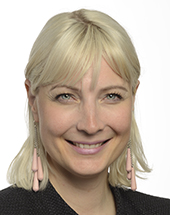 Laura Huhtasaari was elected to the European Parliament in the 2019 EP elections with 92 760 votes, which is a record for a True Finns Party candidate in an European election.

Before her tenure in the European Parliament Huhtasaari served in the Finnish Parliament between 2015 and 2019.

In the 2019 Finnish general elections Huhtasaari broke the all-time record in the number of votes received in the Satakunta constituency with 12 991 votes.

Huhtasaari also acted as the Finns Party candidate in the 2018 Finnish presidential elections, where she finished third out of eight candidates with over 200 000 votes.