The Estonian Conservative People's Party believes in a Europe of nation states, where power is not concentrated in the hands of the European Commission and the countries decide for themselves what is best for them. According to the party, the European Union must return to its roots, which is economic cooperation, not a federation. 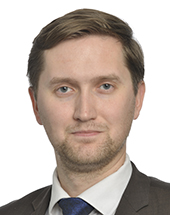 Jaak Madison is a 29-year-old National Conservative who has been elected to the European Parliament for the first time. He has previously been elected twice to the National Parliament, where he has been Vice-Chair of the Committee on European Union Affairs for four years and Chair of the Committee on Constitutional Affairs for two months before coming to the European Parliament.

Madison has studied marketing and political science and is currently studying law. In addition to his mother tongue, Estonian, he speaks English, Finnish, Swedish and German.