The leading motive is “Courage to stand up for Germany“.

Members have come together as citizens with different background, experience, qualifications and political careers.

In spite of our differences, we believe in a common vision, and that the time to stand up and act has arrived. We share a firm conviction that citizens have the right to true political alternatives, not only those presented by the political class. No longer can we remain idle and observe the breaches to justice and the rule of law, the destruction of the constitutional state, and irresponsible political actions, which clash with sound economic principles.

Similarly, we are no longer willing to accept the enforcement of the so-called Euro rescue package, which has rekindled long-forgotten prejudices and hostilities between the peoples of Europe. Therefore, AfD has decided to offer Germany and all its citizens a true political alternative, which covers all aspects of life.

As free citizens, members of the AfD believe in direct democracy, the separation of powers, the rule of law, social market economics, subsidiarity, federalism, family values, and German cultural heritage, as democracy and freedom are vested in the common cultural values and historical tradition.

The recollection of the two revolutions of 1848 and 1989 drive the civil protest and the determination to complete our national unity in freedom, and create a Europe of sovereign and democratic nation states, united in peace, self-determination and good-neighbourliness.

Members of the AfD commit to restoring these principles, and fundamentally reform our country in the spirit of freedom and democracy. They maintain an open mind towards other nations and cultures, but wish to be and remain German at heart.

Therefore, AfD shall continuously strive to uphold human dignity, support families with children, retain our western Christian culture, and maintain our language and traditions in a peaceful, democratic, and sovereign nation state for the German people. 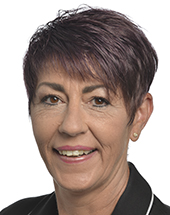 Born in 1968, Christine Anderson is the mother of three children aged 16, 18 and 22. Since 2000 she has lived with her family in Limburg. After an internship and her time at high school, she moved to the United States in 1992. She stayed there for six years and studied economics. She worked as a general manager of a national trading company. At the company, she was responsible for annual sales of USD 1.6 million. On her return to Germany she completed her law studies in Göttingen. Since the birth of her third daughter in 2002, she was a mother and housewife until she was elected to the European Parliament on July 2, 2019. Christine Anderson has been active in the AfD party since May 2013. She owes it to her children to provide them with a livable and pleasant home. For her, the term 'home' means not only our beautiful country, our diverse, rich culture and our unique history, but also the achievements of our enlightened, humanistic and equal society, our legal and political constitutional state, especially the classical rights of citizens to defend oneself against the state, freedom of expression and association. She thinks we all forget those values ​​too quickly. For those values, which were normal for us until recently, but are now increasingly under threat, our fathers and grandfathers have sometimes had to fight bloody fights. The willingness to compromise disappears when there is no thorough negotiation and one has to renounce certain beliefs. It wants to be different from the traditional parties that promise their voters things to get more votes. 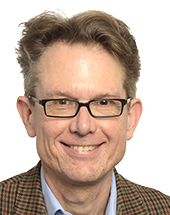 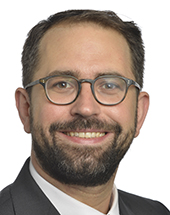 Markus Buchheit is Deputy Head of the AfD delegation in the European Parliament. He is a member of the committees Industry, Research and Energy, Consumer Protection and the Internal Market, Petitions and International Trade. Even before his election to the European Parliament, he worked in Brussels as an assistant to an Austrian Member of Parliament and later as an adviser on international trade. In the European Parliament, Buchheit has the necessary connections and is building important bridges with European partner parties such as the Italian party Lega Nord and the French Rassemblement National. Markus Buchheit was born in 1983 and after high school he studied law and political science. He is part of the AfD district association Ingolstadt / Eichstätt. He speaks Latin, French, English and Spanish.

- Diploma in Political Science and Sociology

Originating from: Responsible for: Bavaria 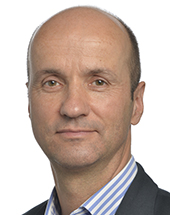 Nicolas Faust was born in 1962 in Hamburg, Germany, where he also grew up. After high school he studied law in Bonn and Munich followed by a legal internship in Berlin. After After passing the second State Exam, Faust worked for the English auction house Sotheby's. He then went to work for several years at the Ebner Pressege-sellschaft / Ulm and Gruner + Jahr / Hamburg. He then switched to the publishing house Axel Springer, where he worked for many years as editor-in-chief of BILD. Finally, he was also deputy editor-in-chief of BILD am SUNDAY. After a critical comment on Islam, he stopped at Axel Springer and continued to work as a freelance journalist. He joined AfD in late 2016 and was elected to the European Parliament in 2019. 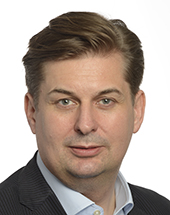 Vice-chairman of the delegation

Maximilian Krah was born on January 28, 1977 in Räckelwitz near Bautzen. He grew up in Dresden. He first went to school in 1983 and finished high school at the Kreuzgymnasium in 1995. He then did his military service and studied law in Dresden. He passed the first and second state exams in law (Dr. iuris). He also completed a postgraduate course in business management at Columbia University in New York and the London Business School. He holds a master's degree in business management. He has been admitted to the bar as a lawyer since 2005. He has several mandates as a member of supervisory and management boards, including in Austria, Latvia and Switzerland. Dr. Kah has been a member of the Junge Union since 1991 and of the CDU since 1996. He left the party and joined AfD in 2016 because he strongly disagreed with the Chancellor's policy, not only in the area of ​​migration. He is the vice president of AfD Saxony. He was ranked 3rd on AfD's federal list for the European Parliament and was elected in 2019. He is vice-chair of the AfD delegation and member of the Foreign Trade Committee. Maximilian Krah is the father of six children, widowed and engaged again. He lives in Dresden and Brussels. 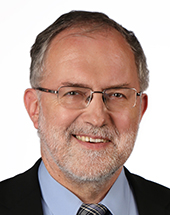 Joachim Kuhs was born on June 25, 1956 in Schonach a little village in Hohenlohe. He grew up in Kappelrodeck and now lives with his family in Baden-Baden. He has been married for 40 years and has ten children with his wife Ingrid, which he is very grateful for. Joachim can be described as a true family man with traditional Christian norms and values.  In addition to his own family, the common good is also close to his heart. This is evident from his commitment to many non-profit organizations and church associations, for example as board member of the association 'Hoffnung für eine neue Generation e.V.' (Hope for a New Generation), an association that works for children - and street children - in Romania and Moldova. Support for orphans and underprivileged Roma families in Romania has been dear to Joachim for 25 years. He is also a federal board member of the Federal Association of Christians in AfD (ChrAfD). After 25 years of professional activity as a public prosecutor in Baden-Württemberg, he worked for thirteen years in the Court of Audit of Baden-Württemberg and was active as Head of Division of the Freiburg Court of Auditors. He held both positions until his election as Member of the European Parliament.

- Member of the European Parliament

- Board member of the association 'Hoffnung für eine neue Generation e.V.’ (hope for a new generation)

- Public prosecutor in the judiciary of Baden-Württemberg

- Auditor at the Court of Audit of Baden-Württemberg

- Arbitrator at the AfD-Baden-Württemberg arbitration court

- Secretary of the Executive Committee of AfD-Baden-Württemberg

- Secretary of the parliamentary group of the AfD-Landtagsfraktion Baden-Württemberg

- Chairman of the AfD District Association of Baden-Baden / Rastatt

- Member of the AfD City Council of the Stadtkreis Baden-Baden

- Head of division of the Freiburg Court of auditors 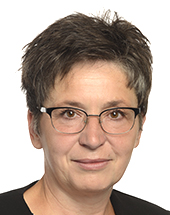 Sylvia Limmer was born on February 8, 1966. She is married and has two children. After her doctoral studies, she worked in a start-up biotechnology company that focused on the development of methods and drugs (RNA interference) for the targeted inhibition of certain genes. At the company she was responsible for development and was head of cell biology. She was also partly responsible for the cooperation between companies and universities. After caring for her children for several years, she began training in veterinary medicine at the age of 40. She successfully completed the course and passed the state exam. Sylvia Limmer has been a member of AfD since 2016, deputy board member of the AfD district association Bayreuth and secretary of 'Landscape policy, nature, environmental protection, consumer protection and animal welfare'. She is also a member of the BFA. 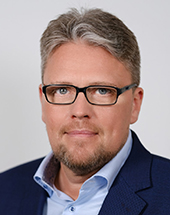 Guido Reil is married and 49 years old. He lived for 21 years in a small miner's house in Essen Karnap. For security reasons, he had to sell the property in 2019. Since moving from SPD to AfD, his home has been attacked several times and his wife's car destroyed in the driveway. Guido Reil was born in Gelsenkirchen, where he also grew up and went to secondary school. In the same city he also followed an apprenticeship contract as an industrial mechanic. He worked in the mining industry for 33 years, finishing his career at the Prosper-Haniel mine in the municipality of Bottrop, the last German coal mine. Like his father and grandfather, he was a committed Social Democrat. During his working life Guido Reil has always worked for the union, also as a member of the works council. He was active in the AWO until he was expelled from the association after his transfer to AfD. He has helped shape local policy for twenty years, including ten years - until today - as a councilor in Essen. He left the SPD because the party was responsible for the decline of the Ruhr area. Reil could no longer face the situation. Despite several warnings, the SPD has never done anything to stop the area's decline. She had lost touch with reality. The absurd refugee policy clearly showed what had been announced long before. Guido Reil drew his conclusions and left the SPD in 2016. He became a member of AfD. Reil has never felt intimidated. He still says what he thinks and still tells what he sees. He fights for the common people and founded 'Alternative hilft'. In his spare time, he drives the AfD-Wärmebus through the Ruhr area and helps homeless people. 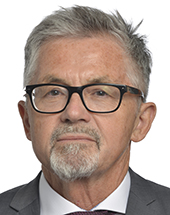 Bernhard Zimniok was born in 1953. He has been married for 43 years and has an adult son. Regular exercise is very important to him. In addition, he was and is often on the road in both his private and professional life. He has spent much of his professional life abroad. Because of this and thanks to various professional experiences, he got a good idea of ​​the people, the different cultures and the political contexts. During his career he has also come to appreciate his country more and more. Zimniok actually wanted to retire after working for 47 years, but developments in Germany and Europe are particularly worrying. That is why he has postponed his retirement so that he can devote all his energy to the necessary exchange rate adjustments. Germany and Europe, in all their cultural diversity, must take action to preserve their freedoms and open lifestyles.